FasTrackathon: ‘Are you in?’ HighTechXL matches talent with the latest tech 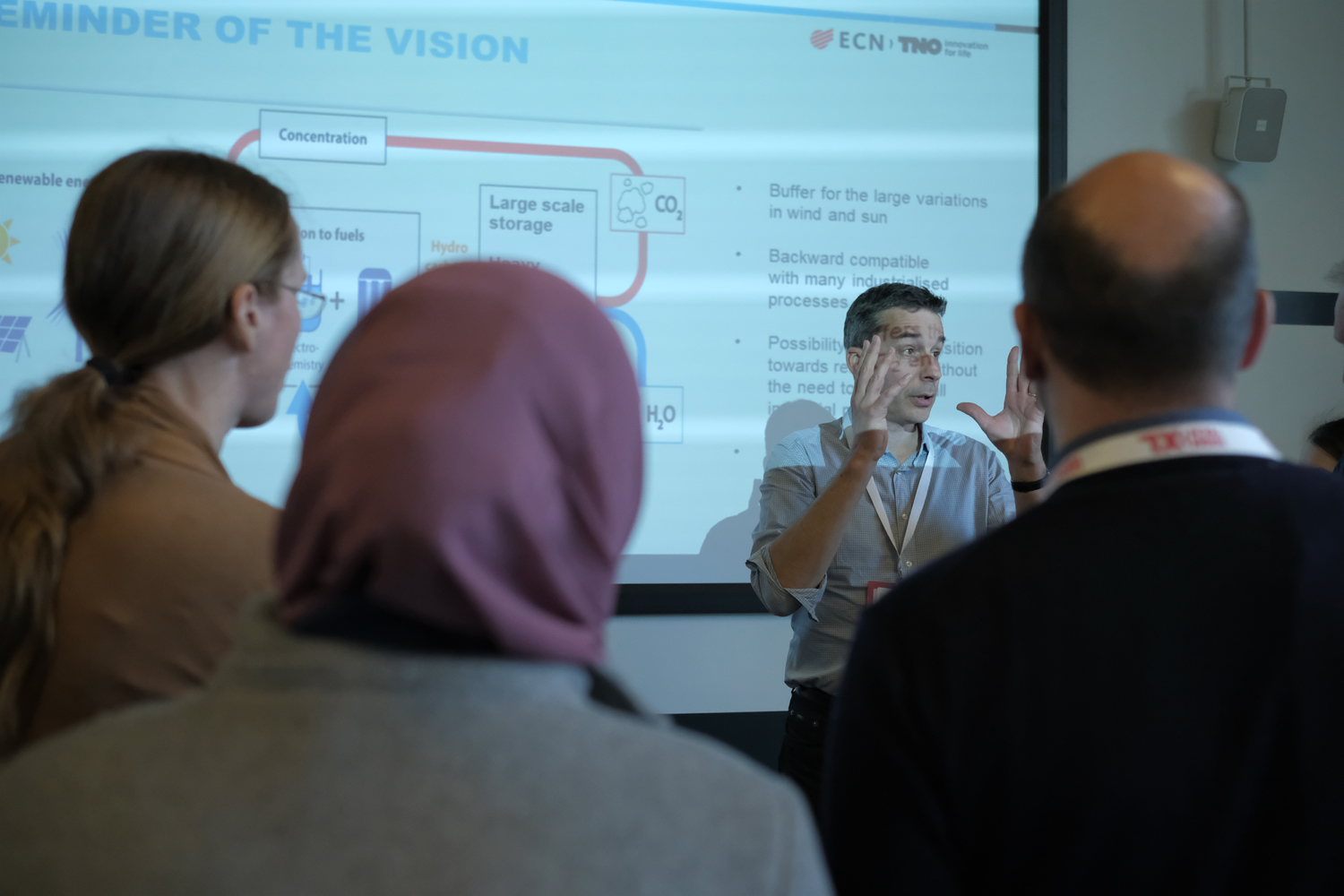 As Constantine Demetriou wraps up his 1-minute pitch for his brand-new startup Hologaming, HighTechXL CEO Guus Frericks moves toward the impromptu stage and says, “Okay, commitment … are you in?”

Demetriou is taken aback a bit but repeats his answer without hesitation: “Yes.”

Congratulations, Mr. Demetriou, you’re in business. Which was the whole point of the first FasTrackathon.

Fifty-six aspiring entrepreneurs and tech talents turned out March 27 at High Tech Campus Eindhoven for HighTechXL’s venture-building event. The 4-hour event matched talent to new deep technology from CERN, Nikhef and TNO. Unusually for a tech event, the crowd was split 50/50 between women and men. But there was nothing usual about FasTrackathon, which is best understood as a reverse-hackathon, where teams are given the latest in tech, then invited to form ad-hoc companies.

The ideas from FasTrackathon with potential and interest will go through a series of team meetings to determine which enter HighTechXL's 9-month Venture Builder program 16 April.

Yes, this is the messy part of the startup world, with lots of ideas flying around and sticky notes on those big business plan and customer canvasses. It's too early to predict how many startups will emerge from the event. But there were concrete ideas and commitments for forming several new teams.

Out of 56 people on teams, all but four committed to continuing the process, Guus said.

Guus opened FasTrackathon with background on HighTechXL, the Netherlands’ preeminent deep tech accelerator and its partnership with CERN and other research centers.

Out of those partnerships have come three companies – Aircision, Incooling and Dynaxion. All three came out of a similar event last September but already have MVPs and early-stage funding. Guus noted that HighTechXL CTO Martijn Boerkamp joined the Dynaxion team, built experimental equipment and got pre-seed funding from the Eindhoven Startup Alliance “all in six months."

“All this happening in six months is not something I’m used to," Martijn added. "And I’ve been in a startup before.”

Several technologies were available to the teams at FasTrackathon:

Hans de Neve, a senior scientist at independent research firm TNO, has developed a lower-cost technology to extract CO2 from the air using a 100-micron-thick membrane. The technology accomplishes two things – it reduces global warming by removing the CO2, then uses the renewable hydrocarbons to provide an affordable alternative to fossil hydrocarbons.

De Neve estimates the potential market of 10 billion euros from selling captured CO2 to petrochemical companies who need renewable fuels. De Neve came to FasTrackathon to recruit team members and needs mechanical engineers, machine builders and people with VC experience. He also needs to raise 2 million euros in capital over the next 18 months to build the MVP.

Guus' final instructions: “Go Fast.” And they did.

After two hours of brainstorming sessions that included the actual engineers who'd created some of the technology came ideas for products, market applications and business plans.

At the end of the four-hour event, nine ad-hoc teams were ready to make 1-minute pitches.

This was one of two companies using Nikhef's holographic technology, with Hologaming emerging from the event as a candidate to go into HighTechXL’s accelerator.

Constantine Demetriou noted that online games have bigger box office draw than movies. But the drawbacks, include bulky hardware with not-great screen resolution and limits on how many people can view the game.

"With Hologaming, you will have a more real-life experience. As a gamer, you'll be more immersed ...." Demetriou added. For software companies focused on gaming, that will translate into bigger sales, he said.

Georgios Konstantinou gave the pitch for his company, which proposes using CERN CO2 cooling technology to cool medical equipment such as CAT and PET scanners.

Eric Broekhuizen, who is also HighTechXL's COO, gave the pitch for Life on Earth, a company that uses CO2 capture to create fuels for heavy fuel use industries such as transportation, specifically aircraft. That solves two problems, Broekhuizen said – it provides a green fuel and it removes CO2 from the atmosphere.

“We’re committed to life on earth," Eric said. "If you like life on earth, you can join us and help bring this technology to life."

The team slogan: "Accuracy through perfection."

The majority of people at FasTrackathon were from tech backgrounds including engineers and scientists, but the skills were across the spectrum from healthcare to management.

On his CTS Life on Earth team is TNO researcher de Neve, HighTechXL COO Eric Broekhuizen, "a pharmacist, an IT guy, a pure business guy and a grad student," said Koen van Weezel, who has a background in tech, sales and business. "So, it was a mixed team."

"I think this is for real ... if we address the right partners in this, we can make it work," van Weezel said. "We can really make a change in the world ... and make money."

Betsy Lindsey with Aircision: A week in the non-stop life of an expat startup star

Manus VR and OptiTrack partner up for hybrid mocap glove

Accerion doubled in size and diversity